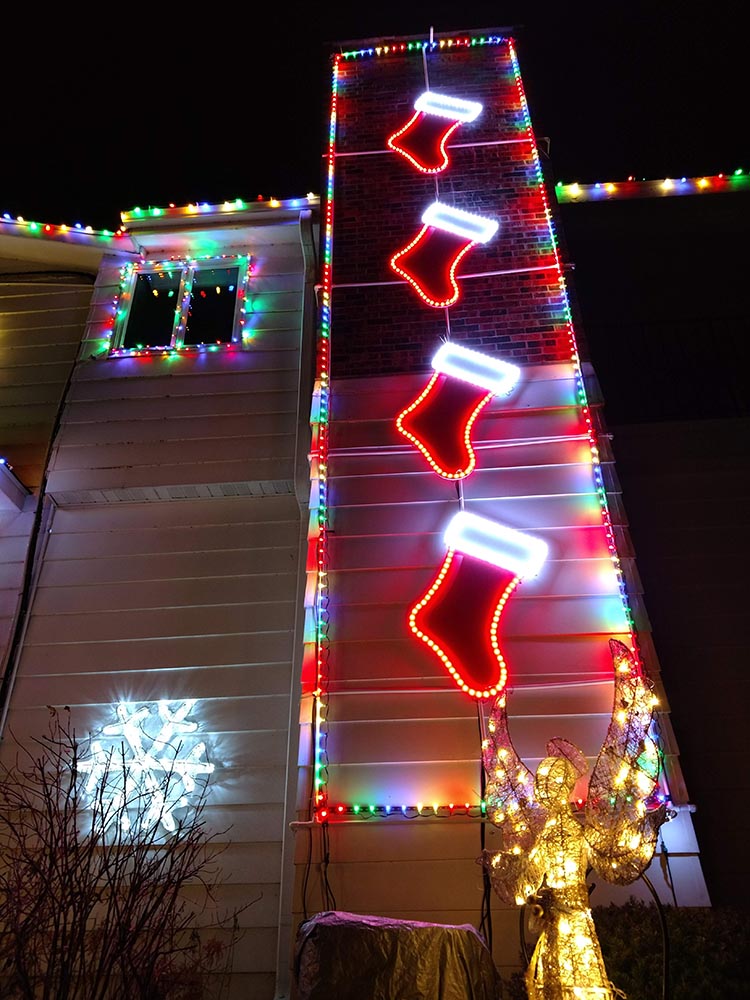 As reported by the Austin Minnesota Daily Herald, “The light show has strands of lights running up the trees, along the house, on the window frames and more.” The goal is to add something unique to the display each year. Ultimately, their hope is to add a new fun tradition to the Albert Lea Minnesota region during the holiday season.

Typically the display runs from the Friday after Thanksgiving (Black Friday) through December 27th. In general, the show runs from 5-9pm with it running until 10pm on Fridays & Saturdays along with Christmas Eve/Day. 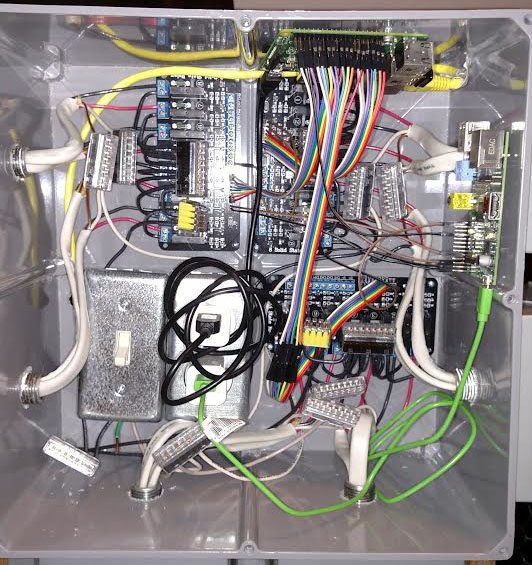 Something that sets this display apart from others is that the computer that runs the show is “home grown”. Since the available light show equipment is very costly, Mike was able to build his own version for a significantly lower cost. In 2015, there were 32 circuits used (different plugs), growing to 104 circuits in 2018. You can see a photo of the “guts” of a part of the system to the left.

The display is located at 1905 Brookside Drive, Albert Lea, MN 56007 with the public welcome to come enjoy.